John Brandenburg in Death on Mars: The Discovery of a Planetary Nuclear Massacre, between 180 and 250 million years ago.
Irrefutable evidence of such an explosion which left Xenon-129 isotope on rocks there implied that two thermonuclear explosions, set high up in the atmosphere possibly ripped its atmosphere and rendered it a dead planet. DID THE ANUNNAKI have a home base there at one time? Let’s pray that no more nuclear explosions occur on Earth!! 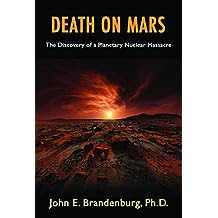 AND there is also evidence of the possibility of more nuclear blasts in Mohenjo-Daro (see 11/17/18)  in the Indus Valley mentioned below. The Mahabharata’s spaceships called “Vimanas.”