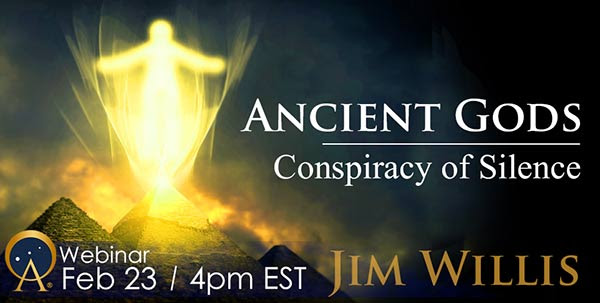 Where do we come from? What are the origins of modern civilization? Can we credit ancient gods?

Sifting through the historical and archaeological evidence, Jim Willis probes the myths, stories, history, and facts of ancient civilizations, lost technologies, past catastrophes, archetypal astronauts, and bygone religions to tease out the truth of our distant past and modern existence. In his thought-provoking second Ancient Origins webinar, Jim will take an in-depth look at the facts, fictions, and controversies of our ancestors, our origins, who we are as a people—and who might have come before us. He will tackle nagging stories of ancient gods, ancestors, alien visitors, theories and potential explanations.

Existential questions with insightful and hopeful answers are in the mix as we’re joined by Ancient Origins contributor and author Jim Willis for an exploration into an ancient conspiracy of silence.Having earned his master’s degree in theology from Andover Newton Theological School, Jim Willis is the author of eleven books on religion and spirituality. He has been an ordained minister for over forty years while working part-time as a carpenter, hosting own drive-time radio show, as well as being an arts council director and adjunct college professor in the fields of World Religions and Instrumental Music. His current residence in the woods of South Carolina inspired his books Supernatural Gods: Spiritual Mysteries, Psychic Experiences, and Scientific Truths, and Jim digs deep into this essential topic with Ancient Gods: Lost Histories, Hidden Truths and the Conspiracy of Silence.