Well, allow me to introduce you to something quite incredible.  20 megalithic rings with 7-20 feet tall monolithic pillars that were buried across 22 ACRES (only one acre excavated!). 11,500 years old,  7,000 years BEFORE the pyramids of Giza, Egypt!  Of course, there were only hunters/gatherers then!!  Wake up mainstream thinking!!  Try Amazon.com for Gobekli Tepe and see MANY great books about all this 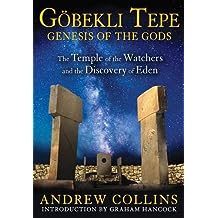 Gobekli Tepe: Genesis of the Gods: The Temple of the Watchers and the Discovery of Eden by Andrew Collins and Graham Hancock (2014)

WHO created them and WHY and HOW?  And WHY did whoever build them BURY them?

However, even though MAINSTREAMers believe that the GREAT Pyramid was built between 2580-2560 BC as a tomb for the Fourth Dynasty Pharaoh Khufu (Egyptologists), numerous ALTERNATIVE studies have concluded from much research that the pyramid is much, much older, perhaps as far back as 11,000-12,000 years, maybe even hundreds of thousands of years.    YOUR choice, AFTER reading ALL sides, as usual. And NOT for tombs of the dead Pharaohs!!!!! 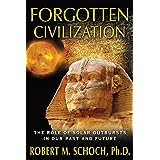 Forgotten Civilization: The Role of Solar Outbursts in Our Past and Future by Robert M. Schoch Ph.D.