How I Discovered Sitchin
But FIRST: IMPORTANT NOTE:  Buying a paperback will cause problems as the text is small and dense. I highly recommend purchasing  USED hardcovers from Amazon.com.  Much easier to read and make side notes and save your eyesight! And the illustrations are much better.
Ad feedback 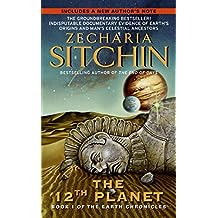 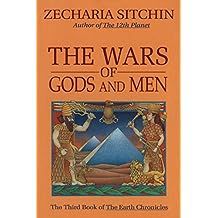 Secondly, I just now, 12/12/18, started to Reread the two foundational books. And I am getting a wealth of information that I probably missed way back in about 1988. So, it’s been about THIRTY years that I first read The 12th Planet. Over the years I also read his other 13 books as they were periodically published.
I MUST state that having just finished The 12th Planet there is no doubt in my mind that it is one of the most important books ever written.. One day Sitchin will be recognized even more than Plato and other very famous names.  I only hope I live long enough to see him declared: The GREATEST HISTORIAN of our Planetary History!!
ADDED: 12/25/18 Just finished Rereading The Lost Realms (all about the Aztecs, Maya, and Incas), and the depth of scholarship displayed by Sitchin is truly AMAZING.  How could anyone think all his research is “mythology?”
FLORIDA RETREAT

There I was, in Hollywood, Florida for a two week veggie broth/water fast, along with much delicious sunbathing, deep tissue massages/colonics and more, but especially practicing “the zen of deep relaxation.”

I had planned on reading a certain book while there.
But first, let me back up.  One day in the New Age Center we were having another of our
frequent New Age gatherings, probably sometime around 1988  I knew everyone EXCEPT some new guy who attended, silent the entire time.  However, upon departing, he approached me and say: “Ken,
you will like my recommended book: Breaking the Godspell, by Neil Freer. 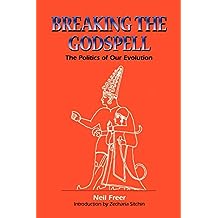 Breaking the Godspell: The Politics of Our Evolution (2003)

So, of course, I read it and was mesmerized.
One chapter dealt with an author called Zecharia Sitchin. Right there and then I decided to read The 12th Planet (1976)
Back to Florida.  For two weeks I delved DEEPLY into The 12th Planet.  Difficult reading! Almost too scholarly for this Ph.D. Sociology professor, who himself, wrote a book: Community Action and the Poor.
But I stayed with it in spite of experiencing profound indigestion and confusion.  Was it the fast, I thought? Or, maybe something else.
Slowly I realized it was Sitchin!!
With my past history of being in a seminary, studying with the Jesuits for about 15 years, sacred scriptures, philosophy, theology, classics, etc., I obviously created a somewhat Catholic worldview, with, of course, the Old Testament’s GENESIS, being a foundation, for WESTERN civilization (nothing, unfortunately from the EAST!), which started with traditional Greek/Roman history.
Sitchin was introducing me to ANCIENT HISTORY or as some would say,  past “mythology.”
The Egyptians, the Hebrews, the Sumerians, the Babylonians, the Assyrians, the Akkadians, the Hittites, etc.
Well, let me tell you, WHAT a challenge! Sitchin is THOROUGHLY PACKED with information, with interpretations, with resources, with insights, etc.  Many of which I could NOT accept.  In fact as I was reading him, I stated a mental battle over his work.
CAN ALL THIS BE TRUE? Or, even some of it?
SITCHIN  published (1976) way before most of our many technological discoveries arrived. And Sitchin is a SCIENTIST, not a story teller.  Very objective, very clear, sticking to sources backing up most everything he states.  Yes, many interpretations too!  Which creates problems for readers, as they did for me too, BACK THEN in Florida.
NOT NOW!  Will we ever know the truth about important events in the world’s history?  I think not. So, it leaves me with the following:  I must do my own research with an open mind, seeing ALL sides of the issue, and then, ONLY THEN, create my personal worldview THAT MAKES THE MOST SENSE TO ME, regardless of what others think/believe.
Thus, after reading in-depth all 14 of Sitchin’s books and having him give TWO presentations at the New Age Center, I can confidently make a statement and a prediction: ONE DAY, Sitchin will be recognized as the “greatest historian of our time.”
And in a context of having been retired for a long time, and having read hundreds upon hundreds of books, on a large variety of subjects, especially quantum physics, evolution, the scientific method, geopolitics, economics, religions and spirituality, and the last 15 years MUCH of the literature from EASTERN Civilizations, along with their sacred books, I feel tremendous gratitude toward Sitchin for all that he had to endure from the archeological establishment, and even today, from status quo academics who cannot even read the cuneiform language engraved on clay tablets and seals.
So, to make Sitchin an easier introductory read may I suggest Marlene Jane Evans
Zecharia Sitchin and the Extraterrestrial Origins of Humanity (2016), and her The Legacy of Zecharia Sitchin.
Hope you enjoy this Sitchin JOURNEY as much as I did and continue to do, with
more and more information arriving almost daily.
DISCOVERING NIBIRU 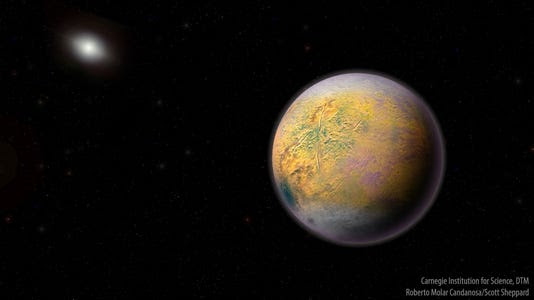 At the very edge of our solar system, scientists have discovered a new, extremely distant object billions of miles beyond Pluto.

Even more interesting: The object has an orbit that hints of an even-farther-out “Super-Earth” or larger “Planet X” which could be lurking out there.

The findings were announced Tuesday by the International Astronomical Union’s Minor Planet Center.

The object was discovered as part of astronomy’s ongoing hunt for unknown dwarf planets and Planet X, aka “Planet Nine,” an as yet undiscovered world that could have a mass about 10 times that of Earth.

According to NASA, “the existence of this distant world is only theoretical at this point and no direct observation of the object nicknamed have been made.”

The object, a 200-mile-wide rock with the rather inelegant name of 2015 TG387, is some 7.9 billion miles from the sun. That’s about two and half times as far away from the sun as Pluto.

“We think there could be thousands of small bodies like 2015 TG387 out on the solar system’s fringes, but their distance makes finding them very difficult,” said the University of Hawaii’s David Tholen, a member of the research team.

Telescopes in Chile, Hawaii and Arizona were used to discover and confirm the existence of the distant object.

This isn’t the first discovery this group of researchers has made. Earlier this year, again while searching for Planet X, the team found 12 additional moons of Jupiter.

“What makes this result really interesting is that Planet X seems to affect 2015 TG387 the same way as all the other extremely distant solar system objects,” said researcher Chad Trujillo of Northern Arizona University. “These simulations do not prove that there’s another massive planet in our solar system, but they are further evidence that something big could be out there,” he said.