1. Unveiling Genesis: Mysteries of the Rootraces and Cycles  2017

For those who may not know Phillip he is one of the leading esoteric astrologers in the world whose books have become esoteric classics. When this huge tome landed upon my desk I was excited by this vast update of his ‘Hidden History of Humanity’ and all at once impressed, in awe and somewhat overwhelmed by its vastness.

Unveiling Genesis is undoubtedly Phillip’s Magnum Opus and the result of insight combined with careful academic study. The book is essentially two books clashing like great Titans into one narrative. Book One leads us through the corridors of Blavatsky’s great Secret Doctrine revealing the essentialities of Globes, Rounds, Chains and Schemes let alone Races, Sub Races and Root Races.

This is all quite daunting to more simple souls such as myself yet Phillip guides us onwards through this labyrinth to the heart of this esoteric science. There is much to be mined here so do not be put off by the task of it. Blending DK, HPB and the known history with the revealed brings about reward.

Book Two grabs the reader by the hand and speedily leads off into the esoteric interpretation of the Genesis of the title. Utilizing the enormity of the Secret Doctrine and other sources Phillip weaves a pathway between the mysteries of Rootraces and Cycles and tackles the thorny question of the esoteric history of the Jewish Race.

At once a blending of Bailey and Blavatsky one can sense the presence of the ashram here. This book is an outstanding achievement and will find rest within the canon of Theosophical/Esoteric literature. See the video, read the book and marvel at the REAL history of humanity. 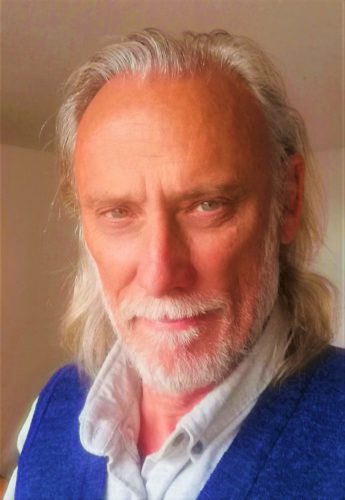 Phillip Lindsay has been a student and teacher of the Ageless Wisdom and Esoteric Astrology for over thirty years, and is the author of several books.

He has presented his work at many spiritual institutions and esoteric education groups around the world, touring extensively since 2001 – as a perpetual traveler and global citizen.

Currently, Phillip’s main method of disseminating Esoteric Astrology and the Ageless Wisdom is through his monthly newsletters – received via email subscription and/or accessed on this website. Most past newsletters are in all of his publications. He is also available for  international visits and conduct webinars regularly.

Phillip is available for personal soul-centered horoscope consultations, recorded and sent to you as an MP3 file over the internet.

Of course, the MAJOR book for BEFORE SITCHIN is: The Secret Doctrine, by H.P. Blavastky (1888), 798 pages).  However, VERY DIFFICULT to read.  THUS, I highly recommend Lindsay’s book (617 pages) FIRST

1. Let’s start at the very Beginning. Before any and all of manifestation, there is and there was and there will always be The Unmanifest Creator Source of All, The Supreme Unmanifest God of The Cosmos, if you will. At some point and for reasons that will never be known except to The Highest Creative Source, That One created a Primary Extension of Itself that we may call The Supreme Manifest God of The Cosmos (English words have their limitations), Intelligent Infinity in Manifestation. From this Infinite Intelligence Source, then, all of the uncountable (perhaps infinite in number) Universes were created and came into being by way of The Infinite Manifest One extending forth portions and aspects of Its Infinite Mind to become The Creator Gods of each of those innumerable Universes.

2. Whew, now that that’s out of the way, we can narrow it down to our own “little” Universe. At the very outset of this particular Universe, our Creator God sent forth from Itself 3 Primary Extensions of Itself, and these have come to be known (by humans) as The 3 Major Aspects of The Triune Godhead. The christian religions recognize Them as The Trinity, and the hindu religions call Them Brahma, Vishnu, and Shiva. Occult teachings of Ascended Masters refer to Them as The 3 Major Divine Aspects. Each of these 3 Aspects, arisen from The Consciousness of our God, is not only an Aspect-Fragment of God and a Creator Being in Itself, but Each is a Focus for a certain Divine Quality of our Creator God, and the Energy or Force radiated by Each of these 3 Aspects throughout the Universe at all Levels is called a Ray (in human terminology).

3. I never did like the word, Ray, as used to describe the Universal Forces. It seems to trivialize Them and make Them sound like a burst of energy from “ray guns” or the “death rays” of 1950’s science fiction, but the word is pervasive throughout occult literature, and since Master Djwhal Khul uses it, I’ll hesitantly acquiesce.

First Aspect — Shiva — The Will and The Power of God
Second Aspect — Vishnu — The Love of God, called Love-Wisdom
Third Aspect — Brahma — The Mind of God, Intelligence in Action

The Qualified & Representative Energy that each of these Creator Aspects emanates is called the Ray of that Aspect. The Ray is a type of Energy with a certain quality that the Force exhibits. The Ray Energy becomes a Force once transmuted and transmitted through some Agency (e.g. a Council of 7 or 12 Light Beings) on its way down to lower Levels of Existence in this Playground of Creation.

4. But how do we get 7 Rays if there are only 3 Primary Divisions of The Triune Godhead? The Third Aspect (Brahma) divided Itself and projected forth out of Its Consciousness 4 Extensions that are called The 4 Attributes of God, and the Universal Energy Streams which proceed from Them are called Rays 4 through 7, the 3 Rays of Aspect and the 4 Rays of Attribute thus comprising the 7 Rays. Our God beget 3 Creator Aspects of Itself, and Its Third Aspect beget 4 Creator Extensions of Itself. The Divine Triplicity became a Divine Septenary, producing 7 Streams of Force (and a Septenary Universe – see “A Septenary Universe“).

5. These 7 Incomprehensibly Vast Beings Who were born out of The Mind of our God may be likened unto Minor Gods Themselves, because They may more directly be considered The 7 Creators of our 7-fold Universe. All that is in existence at every Level of Being in our Universe has been created by These Seven. The septenary constitution of this Universe comes as a result of The 7 Principles before The Throne of God, The 3 Major Aspects and The 4 Minor Attributes of God. I’ll go even further and say that ALL beings and ALL things in the Universe are an extension or fragment from The Consciousness of one or other of these 7 Minor Gods Who, in turn, come from The Triune Godhead, which is sourced in our Creator God of this Universe (a little redundancy to help in understanding). One creates Three; Three create Seven; The Seven create the totality of the manifest Universe.

6. Now, The Forces, Emanations, or Rays from These Seven are stepped down or transformed many, many times before reaching such a low, dense level as physicality on Planet Earth. There are 7 Special Beings at every dimensional, sub-dimensional, and Major Plane (Density) of existence Who specialize in transmuting through Their Consciousness one of those 7 Rays so that It will be more accessible, more potent, and better configured for the Level immediately below and all who exist on that Level. Then They are passed to the next lower Level by 7 Great Ones and so on and so on. Each of these 7 Transformers at each of the Levels is a Specialist in that particular Divine Energy that has originated from The Universal Source.

For our corner of the galaxy that we find ourselves in, the 7 Rays are passed through the 7 Stars of the Constellation that we call Ursa Major (the Great Bear). Those 7 “Stars” must be considered as enormous Gestalts of Consciousness and Stellar Logoi of unimaginable grandeur whose very lowest physical state of beingness is observed by telescopes as a brilliant focus of light that we call a star. For our particular solar system, The Originating Source of the 7 Rays is Ursa Major (one Ray per “Star”), and before passing to our Solar Logos, each of the 7 Rays is transmitted through 3 Constellations of our Zodiacal Wheel before it enters the ring-pass-not of our solar system and the Prismatic Focus of our Solar Logos. For example, the First Ray of Divine Will is transmitted and modulated collectively through The Stellar Beings in Aries, Leo, and Capricorn before reaching The Logos of this system of planets (Ursa Major to 3 Constellations to our so-called Sun)

KEN: The above is just the start of his post.  Before going further I’d like to try to summarize the info into a more readable form.

A chart for Understanding the 7 Rays.  MUCH MORE TO COME, WHEN TIME.