You may not know about this. If such is the case, I’d like to offer a HELPFUL HINT about saving you money and time and alleviating possible doubts of whether to purchase a certain book or not.

OR, just browse MANY books without buying any.

Also, are RECOMMENDED related books (a gold mine of suggestions).      Just need to be retired to read them all! 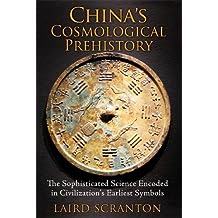 Without doubt the ANUNNAKI  “gods” traveled all over the world, even to Tibet, India (Inanna), China and Japan.  Finally, the EASTERN parts of the puzzle are beginning to appear with books such Scranton’s above.  Hancock’s Underworld moves into India, China and Japan suggesting that many of the so-called MYTHS are possibly actual persons and events, just like the Sumerians, Egyptians, Greeks and Romans (see God Table in this website) etc.  Could Buddha and Krishna and the Trinity of Hindu “gods” be new Anunnaki versions? 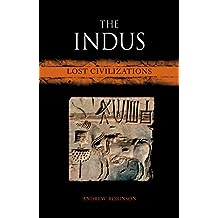 Just came across this wonderful book about the Indus Civilization, given to Inanna by King Anu of Nibiru. Very enjoyable.  However, while reading much of it I could see that the author has no idea of the SITCHIN PARADIGM.  Many of the unanswered questions he raises could EASILY be answer by placing it in the CONTEXT provided by Zecharia,  Even some of Robinson’s Time Chart is possibly incorrect, if viewed and compared with Sitchin’s Time Chart. I’m constantly amazed when reading books on Ancient Civilizations how they frequently misinterpret the meanings of their own writings.  Sitchin to the rescue!

The Cygnus Key: The Denisovan Legacy, Göbekli Tepe, and the Birth of Egypt,  by Andrew Collins (2018)
“The Cygnus Key is a monumental work bringing numerous ancient mysteries into focus. It provides a lucid and well-reasoned understanding for readers who make the effort to digest it all. Starting with the amazing site of Göbekli Tepe, Collins leads the reader to Egypt and various other ancient civilizations. He shows how both Orion and Cygnus were key astronomical elements in the ancient world’s understanding of the soul’s journey to the stars and the probable source of these beliefs.” (Gregory L. Little, Ph.D.)

Undoubtedly Graham is an excellent researcher and gifted writer who has traveled the world, both on land and under water, to find what he calls “the Lost Civilization.”  He is a scientist supreme, seeking out FACTS, artifacts, material EVIDENCE, and more.  I greatly admire him and have read quite a few of his books.  Fingerprints of the Gods, and his latest, Magicians of the Gods, were truly outstanding.

However, as he constantly tries to find clues to this “Lost Civilization,” I strongly
think he has MISSED the mark.
For me, Zecharia Sitchin in his 14 well researched and scholarly books provides the answer as to WHO this “Lost Civilization” was.
Sitchin also traveled the world looking for artifacts, material EVIDENCE as well as studying the world’s Sacred Scriptures (Graham does so with the Eastern Scriptures too, in Underworld)
HOWEVER, Sitchin studied the thousands of CLAY TABLETS and cylinder SEALS, all written in the cuneiform language, the first written records of our history, in the time of the SUMERIAN CIVILIZATION, along with the Babylonian, Assyrian Akkadian Civilizations, as well as others.
The Tablets contain the history of an Ancient Civilization, way before the Egyptian, Greek or Roman Civilizations.
Sitchin contends, as do many others, that this ANCIENT CIVILIZATION had “scribes” write down how they arrived, how they lived, what they created, their customs, governing structures, their political rules of succession and more importantly WHY they arrived.
I strongly think, after studying all of Sitchin’s research, that it was this pre-Sumerian Civilization that Graham has and is still looking for, his “Lost Civilization.”
And WHO are they?  This is where Graham cannot go!
They were an extraterrestrial Civilization , an INTERSTELLAR RACE, that came from another planet.  They had extraordinary powers and knowledge. They built the Great Egyptian Pyramids, cities like Cuzco, Machu Picchu in Peru and Teotihuacan in Mexico, and other unexplained sites around the world. They mined gold  200,000 years ago in two mile deep mines in South Africa.
They introduced and established  Kingship and Pharaohship, and domestication of animals and plants. They knew about the precession of the equinoxes and all the planets in our solar system.
They were the “Giants,” (Genesis: 6:1-4) “the gods” of olden times, as portrayed in “mythology.”
And yet, Sitchin will demonstrate that they
were REAL BEINGS, with similar traits like ours, and they had a REAL HISTORY.
And that history is accurately spelled out in the hundreds of thousands of CLAY TABLETS and SEALS.
THEREFORE, I CONTEND that Graham’s “Lost Civilization” is EXACTLY the one that Sitchin has discovered. And that Sitchin has provided us with a NEW PARADIGM  that will explain, better than most other theories/paradigms (Biblical Fundamentalism vs Evolution), our true planetary history.  And more importantly, Sitchin will incorporate aspects of both Biblical theories, as well as Evolutionary Theories in his well-researched NEW PARADIGM.
See M.J. Evans, The Legacy of Zecharia Sitchin